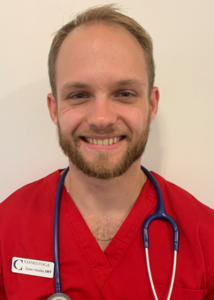 Patients who experience respiratory system illnesses can have co-existing cardio-respiratory diseases.
Chronic obstructive pulmonary disorder (COPD) is an airway disease that has high prevalence and mortality rates ( Marin,Soriano, Boldova & Celli, 2010). Obstructive sleep apnea (OSA) is a disease related to random and consistent upper airway closures during sleep, which also has high prevalence rates (Marin et al., 2010). Overlap syndrome is a term that was made to define a patient who experiences both COPD and OSA (Marin et al., 2010). Soler et al. (2015) determined that out of 44 patients with severe COPD, 66% of them also had OSA.

As overlap syndrome has increased mortality rates, the importance of determining who is susceptible to it in COPD patients is critical. OSA is more common in patients with a higher BMI, and COPD is more common in smokers, therefore an interaction of both of these risk factors could be a quick determining factor (McNicholas, 2009). Soler (2017) attempted to use common OSA predictors, such as neck circumference, age and gender to evaluate the possibility of OSA in COPD patients. These markers were found to be unsuccessful in predicting OSA in COPD patients, and therefore more direct methods are needed (Soler, Gaio, Powell, Ramsdell, Loredo, Malhotra, & Ries, 2017). As noted by McNicholas (2009), patients with overlap syndrome have substantially increased systemic inflammation, caused by “molecular pathways involved in oxidative stress” such as tumor necrosis factor alpha (TNF α) C-reactive proteins (CRP) (p.696). Looking for these blood markers in COPD patients may be an effective method of determining an associated OSA.

A standard for treating OSA includes continuous positive airway pressure (CPAP), which has also been shown to decrease mortality rates and COPD exacerbations in overlap patients (Marin et al., 2010). Mansou (2011) found that CPAP treatment for 6 months decreases TNF α and CRP levels in the blood. Although demonstratively effective at treatment of overlap, CPAP has also been found to be ineffective at treating some patients, particularly those who were more obese and had poorer lung function. In this case, bilevel positive airway pressure (BiPAP) was used instead and was found to be an effective alternative, improving blood gases in those at high risk ( Kuklisova, Tkacova, Joppa, Wouters, & Sastry, 2017).

Overlap syndrome presents as a serious problem for patients with COPD, as it can lead to increased mortality and complications with COPD. Effective evaluative and treatment methods should be a focus in future research for the overlap syndrome in order to reduce COPD complications. Understanding how some disease processes may interact and complicate one another is important to effective treatment.