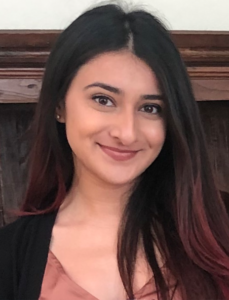 Over the years, the choice for respiratory support in the neonatal population has been invasive forms such as mechanical ventilation and intubation, but these methods often can cause trauma to the lungs such as ventilator-induced lung injury (VILI) or bronchopulmonary dysplasia (BPD) (Hudson, 1999). Due to this, research for effective non-invasive methods has been highly sought after. A study by Mostafa-Gharehbaghi & Mojabi (2015) examines two such non-invasive forms of respiratory support: the nasal continuous positive airway pressure (NCPAP) and high flow nasal cannula (HFNC) in neonates with Respiratory Distress Syndrome. While NCPAP has been the preferred choice for non-invasive therapy for many years, interfaces have been found to cause nasal mucosa breakdown, are bulky to use, and cause patient discomfort (El-Farghali, 2017). On the other hand, the technological advances in HFNC have showcased “enhanced humidity and comfort factors”, leading to its recent emergence as an alternative to NCPAP in the neonatal population (Goldstein, Kadri, Merritt, et al., 2017, p.822).

In a 2015 study by Mostafa-Gharehbaghi & Mojabi, 85 preterm neonates (mean gestational age of 32.15 weeks) were observed. After surfactant replacement therapy, the infants were extubated and allocated into either a NCPAP or a HFNC group. The HFNC group was given a flow rate of 6 L/min and the other group received NCPAP at a PEEP of 5-6 cm H2O. Groups were later assessed for BPD (defined by dependence on oxygen), need for re-intubation, and nasal mucosa injury (Mostafa-Gharehbaghi & Mojabi, 2015, p.984). It was determined with a significant difference, that 27 infants in the NCPAP group and 14 infants in the HFNC group had nasal mucosa injury present (Mostafa-Gharehbaghi & Mojabi, 2015, p.984). A similar study by El-Farghali (2017, p. 641) was able to report that their HFNC group experienced significantly less nasal damage as well. After the 28-day mark, oxygen dependency was found is 3 neonates in the NCPAP group and 1 in the HFNC group, but this was found to be not significant (Mostafa-Gharehbaghi & Mojabi, 2015, p. 894). Lastly, Mostafa-Gharehbaghi & Mojabi (2015, p. 984) found that “the failure rate and need for reintubation were 18.6% and 11.9% for nasal CPAP and HFNC groups, respectively”. On the contrary, Campbell, Shah, Shah & Kelly (2006) observed with significant difference that their HFNC group required a higher need for reintubation than the NCPAP group (12 versus 3 neonates, respectively). In addition, a study by Shoemaker, Pierce, Yoder & DiGeronimo (2007, pp. 85-91) discovered that the group with HFNC had reduced amount of ventilator days (19.9 days with NCPAP versus 9.9 days with HFNC). Another important aspect to consider is patient comfort. According to the Klingenberg, Pettersen, Hansen, et al. (2007, pp. 134-137) study, even though the “EDIN scale” (a neonatal pain and discomfort scale) did not find any significant differences between the two methods, parents preferred HFNC in terms of child satisfaction, parental contact, and interaction/ possibility to take part in care. Overall, despite the findings found in these studies, all were able to conclude that HFNC and NCPAP are similar in efficacy and that one is not superior to the other.

Ultimately, it is important that as Respiratory Therapists, we continuously look for enhanced ways to help treat and support our patients. The benefit of these studies is that they were able to identify possible respiratory support methods that both limit harmful side effects and at the same time, provide effective therapy for those in need of it. Future studies may warrant larger randomized trials with wider and varying pathophysiological contexts in determining both safety and efficacy of the two methods.