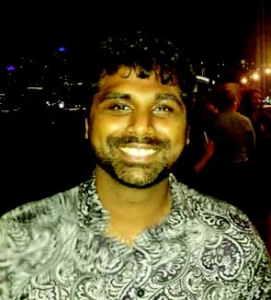 Submitted by Harry Kanathasan, BSc SRT,
The Michener Institute of Education at UHN

Vaping has continued to gain popularity throughout the globe. However, such monumental success cannot come without its fair share of controversy.

Recently, India possibly made the largest global stance against vaping by imposing bans, fines and jail time for the sale of e-cigarettes (Kalra & Ahmed, 2019). This was due to the vaping industry’s dubious effort at youth marketing, and the fear of an emergent epidemic of e-cigarette usage amongst youth (Kalra & Ahmed, 2019). Similar concerns have been echoed in the United States where The Centre for Disease Control and Prevention have reported 805 cases of lung disease associated with e-cigarette usage this year alone (Centres for Disease Control and Prevention (CDC), 2019). Sixty-two percent (62%) of the cases were individuals 18-34 years old (CDC, 2019). Even more concerning was that 22% of the cases were of individuals under 18 years of age (CDC, 2019).

With health organizations across the globe concerned with vaping products, I believe it’s time to stop looking at vaping’s potential to aid smoking cessation and place greater emphasis on its more insidious effects. For quite some time, vaping has been branded as the healthier choice. But is this really correct? I wanted to take some time to discuss the mechanics of vaping and compare it to that of smoking. I hope to concisely answer two questions:

Let’s start by discussing the devil we know. Smoking is one way that we can indulge in tobacco. The plant contains the highly addictive chemical known as nicotine, which acts on nicotinic receptors in the brain, providing the pleasurable experience associated with smoking (American Thoracic Society, 2017). By lighting up a cigarette, we break down the components of the plant, releasing nicotine into the smoke. By inhaling the smoke, users bring the toxic aerosol into the alveoli where it can diffuse into the bloodstream and cause its effects within 6 to 10 seconds (American Thoracic Society, 2017).  However, when smoking cigarettes, you are not inhaling burnt tobacco alone. A single cigarette contains 600 chemicals which when burnt,starts a combustion reaction creating an aerosol containing 7000 different chemicals, 69 of which are known carcinogens. (American Lung Association, 2019). Moreover, the smoke particulate can damage the cilia in the airways and impair an individual’s ability to clear airway secretions. This can leave the airways susceptible to infection and other complications.

However, burning is only a small portion of the problem, as tobacco can also be chewed. Some people believe chewing tobacco is healthier. The process of chewing manually releases the nicotine (American Cancer Society, 2019).  By placing the chewed tobacco against the gum or cheek, the nicotine is allowed to slowly diffuse through the mucous membranes of the mouth and eventually enter the bloodstream. This route to tobacco use is not only slower, but is equally littered with health complications and cancer risks (American Cancer Society, 2019).  It is evident that tobacco use in general makes an individual more prone to cancer. It is this dilemma that has paved the way for the rise of vaping and e-cigarettes.

E- cigarettes exploit the lungs the same way cigarettes do, but have eliminated burning.  They instead have isolated nicotine and added it to a chemical solvent so that it can be vaporized and inhaled. The transport of nicotine in a cloud of vapour rather than a cloud of smoke is the main selling feature of e-cigarettes.  However, the solvents that are vaporized contain far more than nicotine (Chun, Moazed, Calfee, Matthay & Gotts, 2017). The wicking material and the coils that help heat the e-liquids are in constant contact, and the repeated heating and cooling of the materials causes nanoparticles to break off and dissolve in the base liquid (Chun et al., 2017). “One study found traces of chromium, manganese, nickel, and lead in the e-liquids of five brands of cig-a-like devices. Levels of chromium and nickel were especially high.” (Chun et al., 2017, p. L194). Although extensive study of these metals has not been done for vaping, they have been done for a phenomenon known as metal fume fever (Chun et al., 2017). Nickel and chromium are well documented in carcinogenesis and lung injury; the silica from the wick has also been documented to cause a lung pathology known as silicosis (Chun et al., 2017).  The common solvent to e-liquids, propylene glycol, has been reported to cause irritation of the airways upon inhalation, as well as dyspnea and reduced FEV1 (Chun et al., 2017). Flavouring is also common in e-cigarettes and is a great part of their appeal, particularly to youth. However, inhalation of flavouring agents has caused health issues before. Diacetyl is a flavouring agent used to give a butter-like taste (Chun et al., 2017). Its inhalation is associated with ‘popcorn lung’ and respiratory distress (Chun et al., 2017). Evidence is emerging that certain flavouring agents in e-liquids are causing similar effects, which warrant further investigation (Chun et al., 2017).

It should be evident that e-cigarettes use may have some potentially serious adverse effects. Although they eliminate burning and its associated carcinogens, there are still many components of an e-cigarette and the associated e-liquid that may be injurious to health. This, along with the current outbreak of e-cigarette associated lung disease reported by the CDC, should make us wary of their use.

Centres for Disease Control and Prevention (2019, September 27).
Outbreak of    lung injury associated with e-cigarette use, or vaping.
Retrieved from https://www.cdc.gov/tobacco/basic_information/e-cigarettes/severe-lung-disease.html